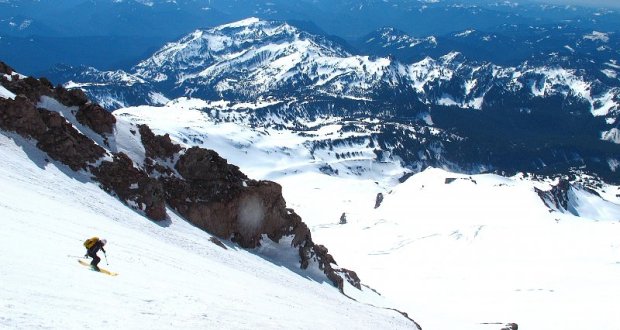 In 2010, 50 Classic Ski Descents of North America was published and a new tick list for adventurous skiers and riders was born. The book is filled with rich text and vivid photography covering some of the most sought after ski descents in North America. While most have cherished the book, others have complained that certain descents included on the list are not so much classic as they are just plain awesome. For example, not offering a classic descent such as the North Couloir of Red Slate Mountain in the Eastern Sierra Nevada, CA, but then including something like the Mira Face on Mt. St. Elias, AK has baffled many ski mountaineers. Where many conversations end up going in debate, regarding what is and isn’t a part of the list, is what does the term classic ski descent really mean? Does it mean it’s accessible to all who backcountry ski and/or ski mountaineer, something more along the lines of Avalanche Gulch on Mt. Shasta, or should it be something exclusive, only reserved for the sports top athletes such as the North Face of Yuh Hai Has Kun (Mt. Robson), B.C.? Regardless of critiques, born from conversation with passionate skiers and riders from across the country, and time spent in the field, here are 7 classic ski descents with one line being hand selected from the seven distinct regions the book lays out in the lower 48. For this edition the spotlight shines on the Pacific Northwest (PNW) and California/Nevada.

Read the rest of the piece here The prettiest couloir with the roughest name out there. Terminal Cancer, Ruby Mountains, NV