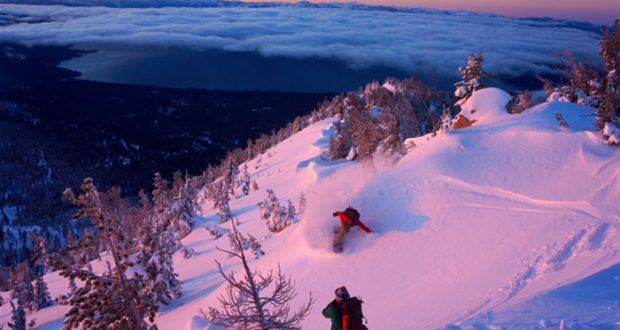 My good friend, Tahoe based photographer Ming Poon has been on an absolute tear lately. The Adventure Sports Journal just published an interview about his story and it’s well worth a read. I’m very happy to have contributed a photo I shot of Ming, while he was shooting Jeremy Jones one dawn patrol morning (seen above). There are some other great photos in the piece as well, including this one of me skiing from another standout day in the Tahoe backcountry. Here’s the start of the story:

It wasn’t long ago that Vermonter turned Tahoe resident Ming Poon, 34, lived in Beijing, a bustling city of 21 million people, hashing out business deals. Though today he’s found the balance of work and play as a professional photographer — even winning Powder magazine’s prestigious Photo of the Year — if it weren’t for a death in the family, he may have ended up in a much different place.

He was 26 when his father died and he was asked to take over the family business overseas. Up to that point, his days were filled with rock climbing, backcountry snowboarding, and mountain biking. He got outside at least 150 days a year. He also photographed Phish (the Vermont jam band) shows with his mother’s Minolta film camera, took trips with his girlfriend Mollie, and, to make money, worked as a server at a restaurant and as a librarian at Sierra Nevada College where he studied international business.

A few months after his father passed away, Poon got on a plane to China to take over his business affairs. As the Boeing 747 descended into a thick wall of smog, the reality of his surroundings began to settle in. He was scared, overwhelmed, having no idea what he had signed up for; luckily he had the love of his life, Mollie, by his side.

The young man was thrown into a business he knew nothing about: distributing high-end electronic components, such as capacitors and resistors. I had a “super steep learning curve,” Poon says, but he stood up to the challenge. Within weeks, he took charge of buying the highest quality components on the market from outside China and selling them to manufacturers in China and Hong Kong; out of necessity, he learned Mandarin. He grew increasingly concerned over the effects of pollution in the air and in his food and worried that he or Mollie might get sick. But he carried on and soon he was negotiating million-dollar deals.

You can read the rest here