Backcountry Magazine| IT’S GETTING HOT IN HERE: WHAT WILDFIRES AND RECORD TEMPERATURES MEAN FOR SKIERS AND RIDERS

Grateful to share this in August 2022 with the Sierra AQI in the green. It was a fun, albeit eerie day shooting with Ryan and Josh for this piece. In the article, the author does a phenomenal job weaving research, experience, and inquiry together wrapped around sustainability and climate science. Hopefully the skies stay as green as possible until the first flakes of Fall start showing, and hopefully relief is found as soon as possible for the uncharacteristically massive fire currently burning in France.

THE DIXIE FIRE HAD BEEN raging for weeks, engulfing towns and scorching huge swathes of forest.

Hotshot firefighter Garrett Balen had barely had a day off all summer when his crew was deployed to an area between the small northern California towns of Taylorsville and Quincy.

It was August 2021, and the Dixie—which started as two fires before merging into one behemoth—was rapidly becoming one of the largest blazes in California history, spanning five counties, extending from Plumas National Forest north toward Lassen Volcanic National Park and eventually burning nearly 1 million acres. The fire started in July, when a tree fell onto a power line in the Feather River Canyon, and heavy winds, high temperatures and extremely dry vegetation propelled its growth.

Balen and his crew were working a prominent ridgeline, hiking up and down a steep, 3,500-vertical-foot face that Balen describes as “total billy-goat terrain,” trying to put out a spot fire. It was so steep that when one guy stepped on a rock the wrong way, the whole slope rumbled into a landslide. The ridge had cliff bands, rock-lined chutes and wide-open gullies.

“We were in it, above it, below it,” Balen says. “The whole time we were there, I spent a lot of time looking at this terrain while it was 95 degrees out, thinking, ‘Man, it’d be cool to be skiing this.’ It’s hard to know what something would look like with snow on it, but looking at it, you could tell it would be wide open and smooth. There was no brush. It was blackened by fire. Put enough snow on it and you could just open ’er up and go fast.”

Balen, a Tahoe-based backcountry skier who grew up in Alaska, has fought fires in the summers to support his ski habit since 2014. He’s seen the fire season in the West grow longer and more intense each year—and the winters get shorter. In It For The Hut Vibes 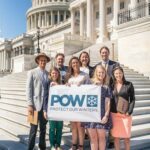 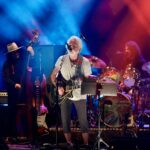 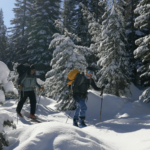 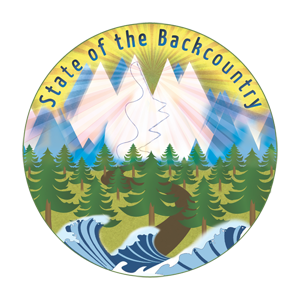