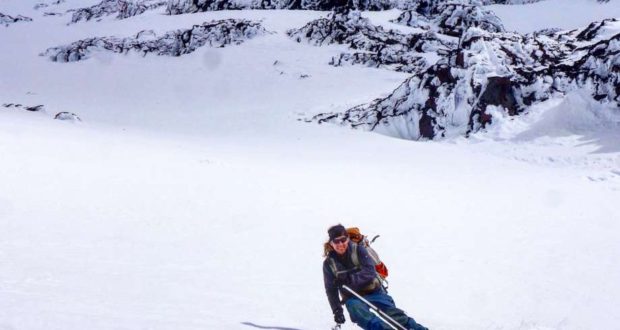 California has been loving all the recent rain storms, and at select locales early season snow has collected enough for some skiers and riders to have claimed their first powder days of the season.

It’s only November, but in the far northern reaches of the Golden State Mt. Shasta has already seen double digit amounts of fresh snowfall. Local guides have been out on the mountain inspecting the first new coat of snow the mountain will likely wear for the rest of the season, and having paid the great crown of the state a visit recently to inspect the early season conditions I can in fact confirm that conditions are more akin to mid-winter than they are late-fall.

That says a lot right there. In addition, the photo that accompanies these words was taken a week later than Chris’ ski. It clearly shows how good Mt. Shasta really looks. The coverage for this time of year is incredible!

My partners and I were unable to ski from as high on the mountain as we had hoped during our recent trip, but our 4,000 foot run was equally as good as any of us had ever experienced for this time of year.

Having skied most every aspect at various times of the calendar on Mt. Shasta for several years this was an early season treat like no other. Since the end of October the mountain has received another few feet of fresh snow and is looking as good as it has in a long time.

If you have any interest in mountaineering opportunities on this perfect backcountry ski peak contact Chris and his Shasta Mountain Guides (http://shastaguides.com/blog), and make sure you check out the latest safety information at http://shastaavalanche.org/overall-climbing-conditions.

Hopefully this is a sign for a great snow season in California for 2016-2017! Be safe and have fun out there!