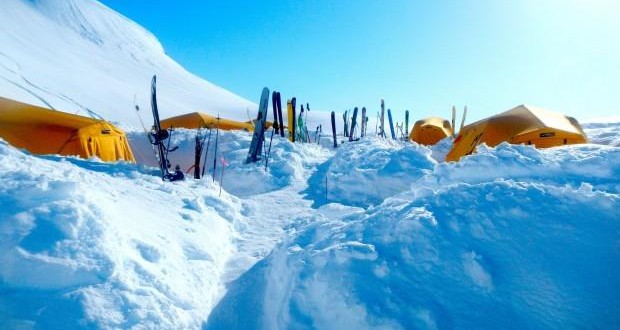 We picked up more than 20 feet of new snow over the course of our 2013 season. Our man Wes-Slay Stomp-Son had endured the “Cordova Snowpocalypse” of 2012, and in a community centric offering, the municipality of Cordova adopted the “Keep Calm, Shovel On” moniker after they received more than 15 feet of snow in town.

Devon visited us during the first week of the 2013 season where about half of the 20 feet we got in 2013 fell in just a few days. After days on end of nearly round-the-clock shoveling, and short boot packs up “Home Knoll” for a few bottomless turns, all we could do was keep calm, and shovel on.

Read Devon’s piece in the December 2013 issue of Frequency. It’s also accessible from his website here. 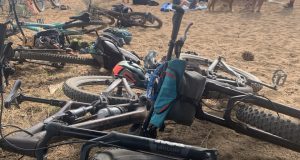 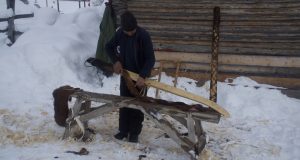 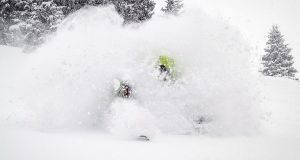 A Few Favorite Published Photos from 2021