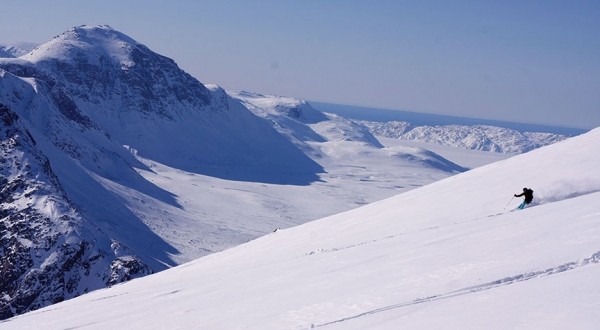 As I write this Tahoe is getting slammed with its first real storm of the 2015′-2016′ ski season. After four years of drought conditions it’s a welcome sight for sore eyes! On that note, check out the first issue of Ascent Backcountry Snow Journal for this season. My article on skiing in the Sierra over the past four years speaks to the difficulty we’ve had as a ski community during this time, but also highlights there’s always something to ski if you have the right mentality. I’m thrilled to have this issue feature my writing as well as several photos I shot in the field over the past four seasons. I am also shown in the magazine skiing as an athlete with a couple of great shots in the article, and a personal favorite in the gallery section.

In the November issue of Powder Magazine I’m happy to see my article “The Problem with Fake Snow”. As a teacher of sustainability, I enjoy and actively seek the nexus between my passions and professional pursuits. This is one such piece that speaks to that direction.  As I writer, I have published other articles both academically and in print and online media about issues related to sustainability and skiing, and I’m glad Powder wasn’t afraid to publish this critical work.

The Winter edition of Tahoe Quarterly and Independent Skier Magazine both feature a beautiful photo I shot while ski guiding in Greenland last spring for Ice Axe Expeditions. The shot is of Coalition Snow Ambassador Jillian Raymond skiing a first descent in cold polar powder and is the featured photo in this post as well.

Lots more to come, let’s get fired up for winter!!